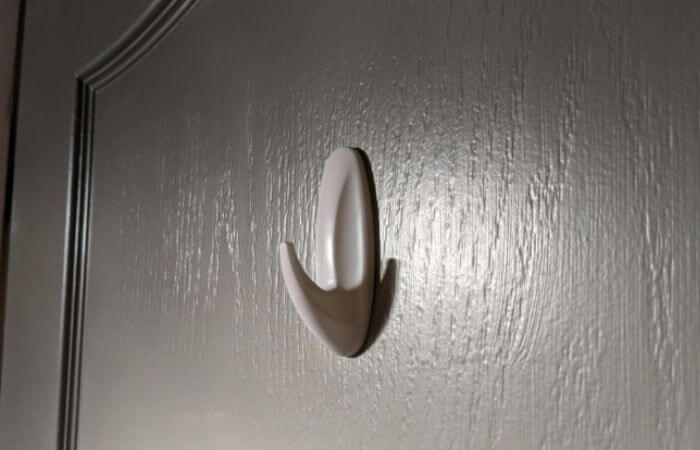 Command strips are not fully waterproof, rather they are water resistant, they are great for using in areas where they may be indirectly exposed to water from time to time (such as in a bathroom) but do not perform well long term if they are routinely soaked (such as in a shower cubicle or a bath).

Command strips are made from a synthetic rubber resin adhesive which is great at creating a very strong long-lasting seal.

Command Strips are very versatile, their water-resistance makes them ideal for use in bathrooms where they are likely to get damp from water spray and moisture in the air.

They are commonly for sticking up hooks in bathrooms (as seen in our image above).

However, they are not suitable for use in areas where they will be fully exposed to direct water, such as in a shower.

Nor should they be used in places where they will be submerged, such as in a bath.

This is because direct water exposure will cause the adhesive to break down and become less effective ultimately resulting in them failing and falling off the wall.

A fully waterproof alternative to use would be Gorilla Glue.